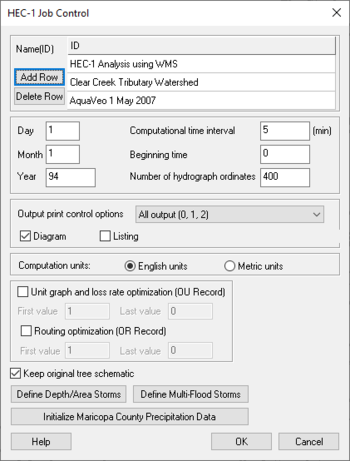 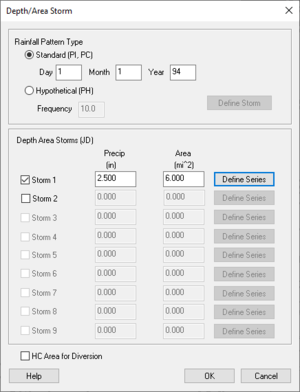 Runoff simulations that use a consistent depth/area relationship as defined in the HEC-1 User's Manual[1] can be defined by clicking on the Define Depth/Area Storms button to bring up the dialog shown below.

Alternatively hypothetical storms may be used to specify precipitation patterns. In such cases, only a single storm using the PH record needs to be defined. 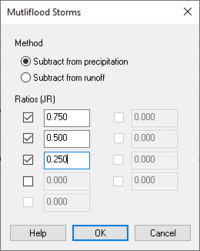 Multiple ratios of a given storm event can be specified by bringing up the Multi-flood dialog using the Define Multi-Flood Storms button. The data input options are described below.

Each storm is analyzed during the execution of HEC-1 and the resulting TAPE22 file will contain as many hydrographs for each station as there are ratios defined. Display of different storm ratios can be toggled on and off in the Hydrologic Modeling tab of the Display Options dialog.