The WMS software development team is excited about the release of WMS 9.1! This page lists the exciting new features that have been added to WMS 9.1.

The Add GIS Data command in the Get Data toolbar allows a user to read many formats of vector and raster GIS data. After reading the data, it can be viewed or converted to a format that can be used for hydrologic modeling in WMS. 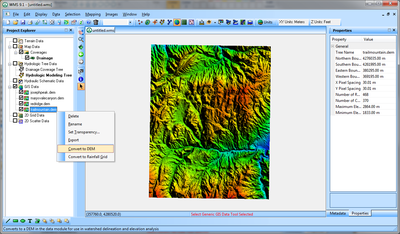 There are various options to view and convert raster elevation data grids to data that can be used in WMS for hydrologic modeling. There are also options for other types of raster data. 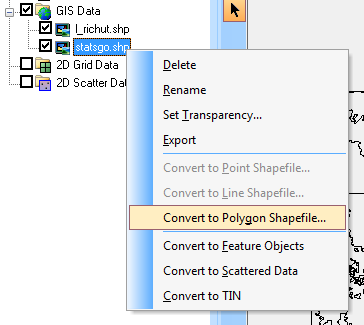 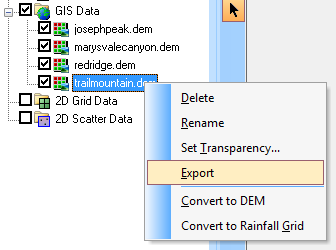 WMS DEMs can be exported to several digital elevation file formats, including the following:

All these files as well as many other formats can also be imported using the Add GIS Data button. 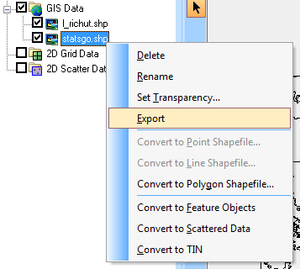 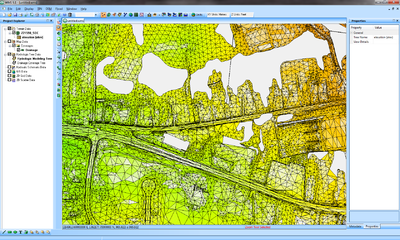 WMS 9.1 allows the user to read LandXML files as a TIN. This command to import LandXML files preserves the points and the triangle connections that were built in the CAD program that was used to generate the LandXML file.

WMS 9.1 allows the user to read and manage multiple DEMs in the project explorer. Each of these DEMs can have flow directions and accumulations for watershed delineation. A user can clip and modify single DEMs or merge multiple DEMs from different sources into a single DEM. A user can convert raster elevation data in the GIS module to DEMs. These DEMs can be merged and exported to any of the raster elevation formats supported by WMS.

WMS 9.1 has three tools for obtaining online data: The Get Data tool, the Get Data From Map command, and the Get Online Maps command. All of these tools can be used to obtain various types of raster data: Images, elevation data, land use data, vegetation data, and more. 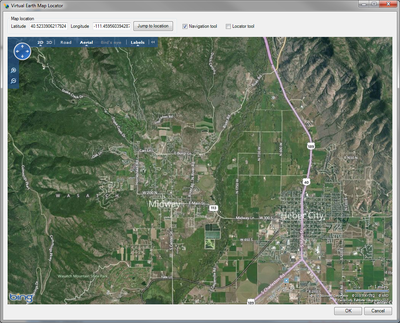 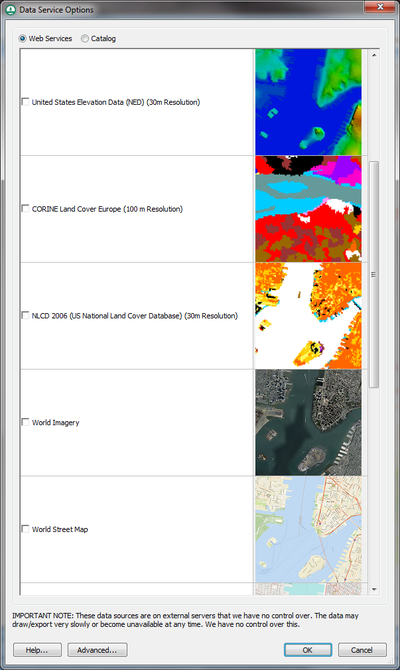 The Get Data dialog.

Several new data sources have been added to the Get Data tools in WMS, including various sources for high-quality imagery. Samples of many of the data sources are shown in the new Get Data dialog.

The Get Online Maps command allows a user to define online data sources to be added to the display. This command was introduced in WMS 9.0, and has been improved in WMS 9.1. WMS 9.1 launches a separate process to download the online data when it is downloading so the user no longer needs to wait for the data to download before working. WMS 9.1 also has tools to convert online data to static data and to convert it to various formats that can be used for watershed modeling. 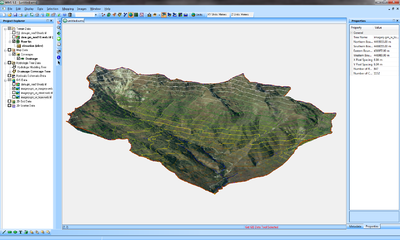 A delineated watershed with a texture mapped image.

The capability to texture map images to TINs has been added. This capability allows a user to read or download an image using the Get Data tools and then texture map the image on a TIN. This gives the option to create a nice image of the watershed model and to visualize the locations and terrain surrounding hydraulic structures in the watershed. A user can also use the texture mapping capabilities to view flood locations and contours from a HEC-RAS analysis. 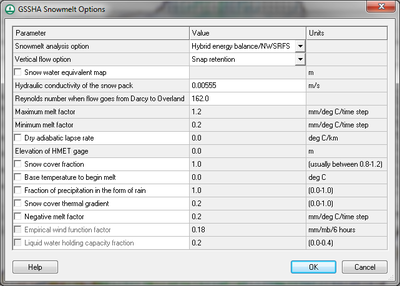 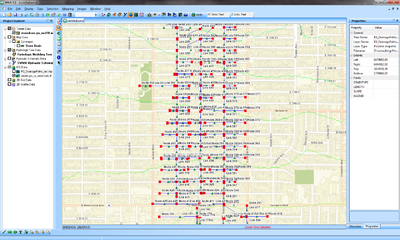 A user can map attributes from shapefiles to SWMM models in WMS 9.1.

If the correct attributes have been assigned to arcs in a shapefile, WMS now imports storm drain attributes such as names, shapes, diameters, lengths, and upstream and downstream invert elevations to the SWMM model in WMS. This makes the SWMM modeling easier because the user doesn't have to re-enter the pipe attributes that are already defined in a shapefile.

To view the list of bugs fixed in WMS 9.1, visit the WMS bugfix page.