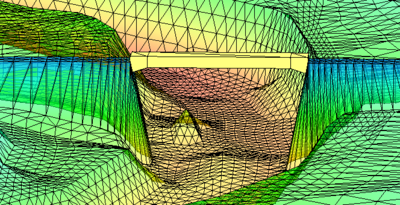 The 3D bridge component can be used to for multiple purposes in a model. These include:

To create a 3D bridge component, the following is needed:

Also, having an existing mesh, scatter set, or grid of the site is typically helpful.

Steps to Defining a 3D Bridge

To build a 3D bridge, do the following:

Note: CAD files of the bridge design or as built configuration can be used to simplify the bridge definition. Having a topographic surface to display (2D mesh, UGrid, scatter set, grid or raster) in conjunction with the bridge is also typically very helpful.

The 3D Bridge coverage is used like any other map coverage. Generally, it should have the arcs that define the upstream and downstream side of each bridge. In the Project Explorer, right-clicking on the 3D bridge coverage brings up the standard coverage right-click menu with the addition of the following command: 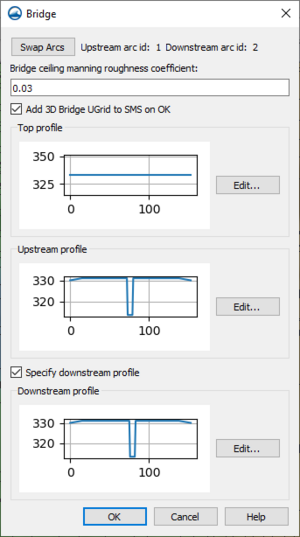 The Bridge dialog is reached by right-clicking on a bridge component and selecting the Edit Bridge... command. The dialog contains the following options:

This dialog is reached through the Bridge dialog. The dialog contains the following: 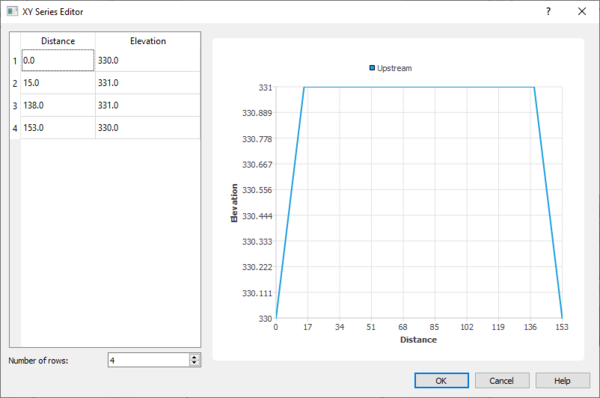