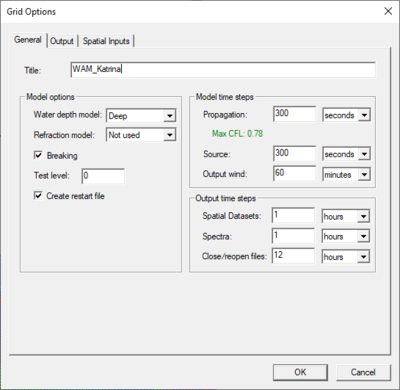 The Output tab consists of different Model options. Selecting each option will determine the dataset generated in the solution. Options include:

Sea waves and swell waves are defined as: 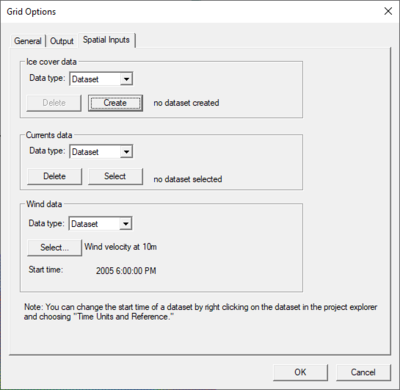 WAM uses spatial input for ice cover, currents, and wind. The Spatial Inputs section of the WAM Model Control is used to manage these datasets.

The ice cover dataset is an editable scalar dataset.

The currents dataset is specified to be any vector dataset on the current grid.