The more significant new features in Arc Hydro Groundwater 3.1.0 are listed below.

Updated and added new tutorials on the AHGW Learning Center to reflect some of the new tools in this version.

Added options to specify which tables and feature classes to create. 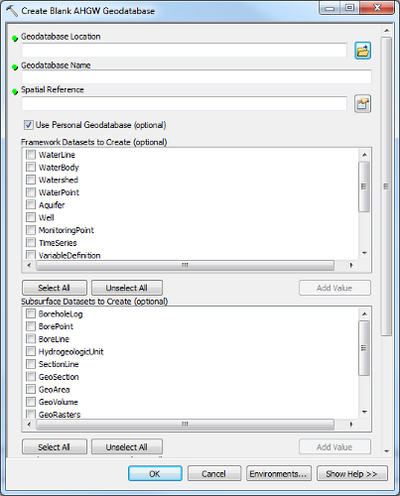 Added the comma delimeter to the default options turned on for ".txt" files.

Updated tool to work on tables, in addition to feature classes like before.

Added a new tool, which creates a blank Arc Hydro Groundwater raster catalog, either for GeoRasters or RasterSeries.

In the AHGW installation area, in the MF2K folder, you'll find two executables for MODFLOW 2000 and 2005:

The MODFLOW Data Model has been expanded to support additional MODFLOW packages. These include HUF, LAK, STR, SFR, GAG, DRT, ETS and UZF.

Added parameter to specify packages to overwrite when importing to an existing geodatabase. This allows you to import data to an existing MODFLOW geodatabase by changing one or more tables while leaving the rest of the changes to the database in place. This might be used for example, to just update the WEL table by importing an adjusted well package file into the geodatabase to see the effects of a candidate well. 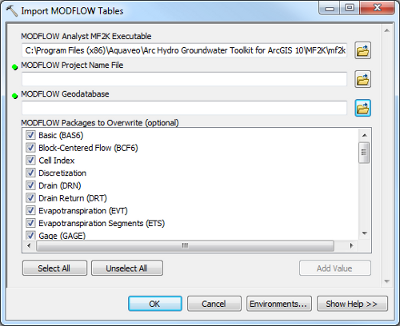 Updated to be compatible with MODFLOW 2000 and 2005, based on the "MODFLOW_Version" attribute in the MDFGlobals table.

Added a new tool for adding geophysical plots to XS2D cross sections. The tool creates features representing geophysical data, such as points, lines and polygon plots, along with scale bars, for use in an XS2D data frame. 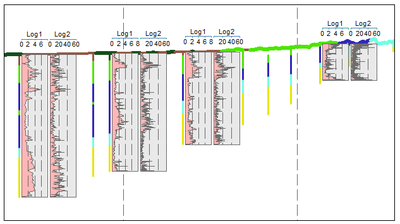 A new wizard for easily creating geophysical plot features for a particualr XS2D cross section, allowing for help and guidance for setting up the placement and sizing of the plot features. 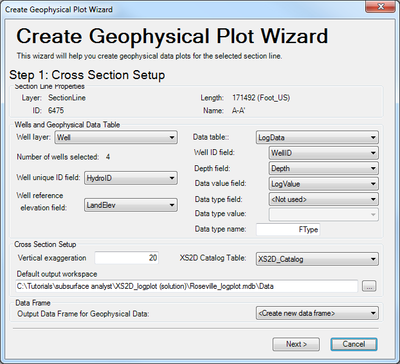 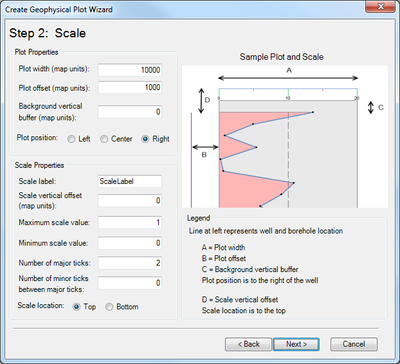 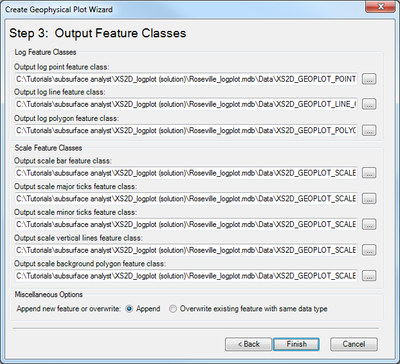 Creates new points from the BoreholeLog table. The points can used for further analysis, such as generating a set of points for a particular HorizonID value.

Added an optional parameter for Log Table Fields of Interest, which copies fields and attributes from the Log table to the Desurvey table when used.

Removed this tool, replaced by the Scale XS2D Features tool.

Added a fix when dealing with null values in the top and/or bottom elevation fields.

Added an error message if a SectionLine feature with a null HydroID value is chosen.

Updated wizard to allow you to specify the Well unique ID (HydroID) and BoreholeLog WellID fields.

Added an error message if a SectionLine feature with a null HydroID value is chosen.

Added optional parameters to specify the UniqueID and WellID fields if the default naming convention is not used.

Fixed an error with invalid prefixes in the name of the new feature class.

Fixed an error with invalid prefixes in the name of the new feature class.

Changed so that it remembers changes you've made in the current session.

Fixed an error with batching various Subsurface Analyst tools in ArcGIS 10. Sometimes, when setting up batch for a tool with more than one row, you could only edit some of the parameters on the first row, but not for the additional rows.

Fixed an error when a Z-enabled Well input was used when creating output that isn't Z-enabled.

Fixed an error with copying fields, when the same field names existed in the Well input features and BoreholeLog table.