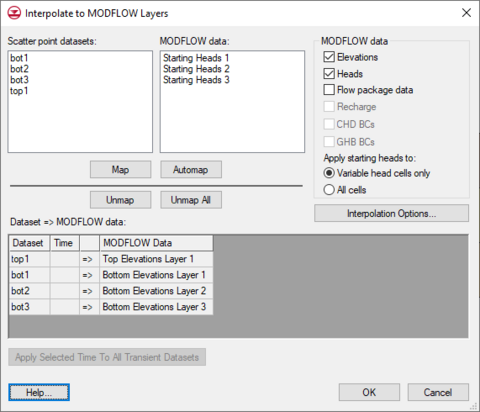 The Interpolate to MODFLOW Layers dialog

The MODFLOW data group box contains options to allow picking which MODFLOW data they would like to interpolate to.

The Automap button will try to automatically map the datasets to the MODFLOW data by matching names and layer numbers. The Unmap button is used unmap the selected item(s) in the spread sheet. The Unmap All button is self explanatory.

If a 2D scatter point dataset is transient and the user is interpolating to MODFLOW data that does not vary with time then the user will select a time step from that dataset to interpolate to the MODFLOW data. When the user has selected a time step the Apply Selected Time To All Transient Datasets button will undim. This button allows the user to set the selected time of all of the transient datasets to be the same as the currently selected time. 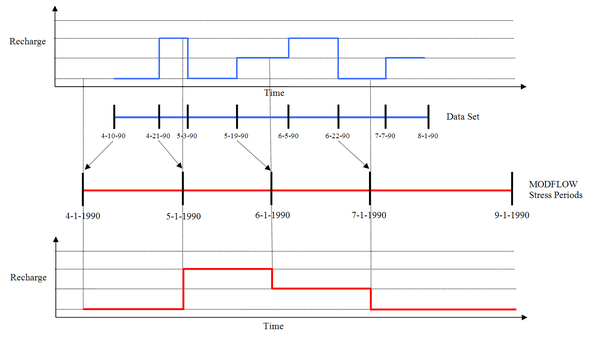 If the current MODFLOW model is transient and the user is interpolating to CHD BCs then interpolation will occur at the beginning and the end of each stress period (because a start head and an end head are specified for each CHD BC). If there is no dataset time step that matches the beginning or the end of the stress period then GMS will linearly interpolate between dataset time steps. Figure 2 illustrates this process. 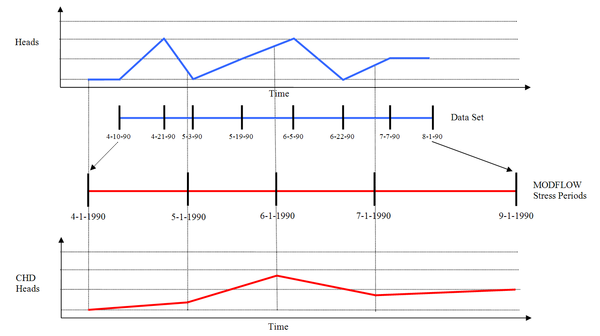 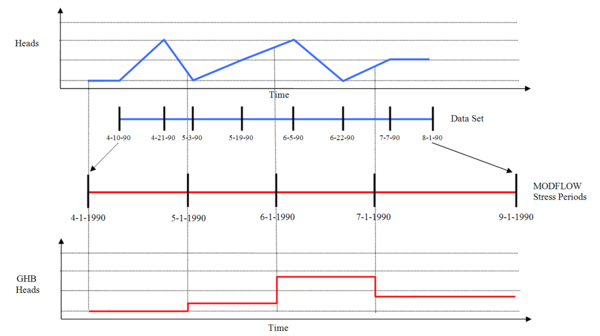