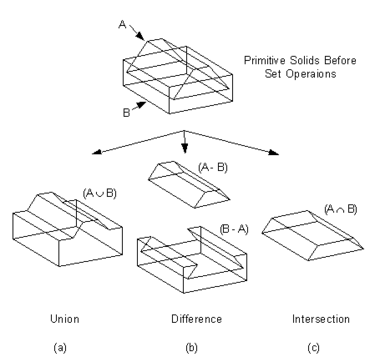 This is an unsupported feature in GMS. The preferred method for creating solids in GMS is to use the horizons approach.

Two or more solids may be combined using set operations to form new solids. The available operations include union, intersection, and difference.

Set operations are useful for creating soil layers in a solid model. For example it is common in GMS to extrude TINs to a common plane to create two separate solids. The solid representing the volume between the two TINs can then be made by performing a difference operation between the upper most solid and the lower solid (providing the original TINs are extruded downward). 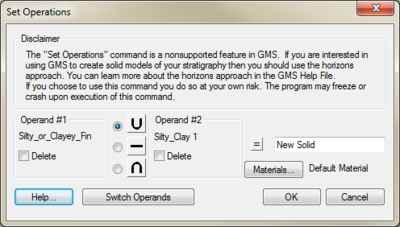