The concentration observations may be from observation points. The observations are specified in coverages in the map tools within GMS. Coverages selected in this dialog will be used by the package. 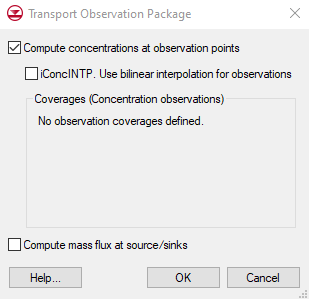