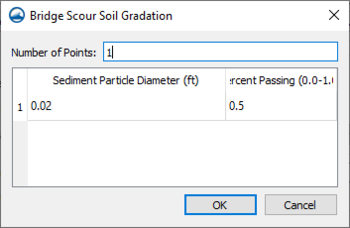 The View Values button will bring up a dialog containing the bridge scour output. This allows previewing the values before exporting. 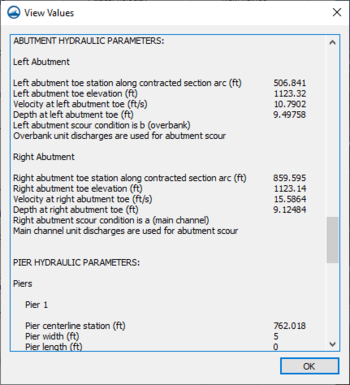 The advanced options are not needed for most simulations. However, in some cases additional parameters need to be adjusted to increase accuracy. Modifying Manning's n and the constants will update these values throughout the Hydraulic Toolbox file. This may mean modifying the same value several times in Hydraulic Toolbox, but only once in SMS. The following options are available: 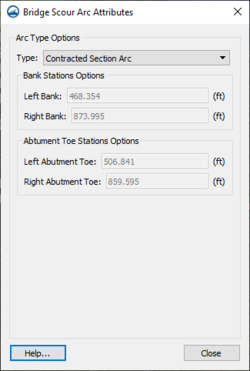