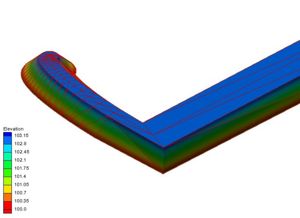 A stamped embankment with a guidebank

Feature stamping is the terminology used to refer to the insertion of man-made structures into a natural topography or bathymetry set. In common terms, this means adding an embankment (such as a levy) or dredging a channel. A stamped feature usually follows a linear object or centerline.

The basic steps to define a linear stamped feature include:

Sample problems in the section below illustrate the procedure.

Define the Coverage and Centerline

The underlying geometry is defined by a scatter set (and one of its associated datasets). This surface determines the cut-off for the sloped banks of a stamped feature. Right-clicking on the coverage and selecting Stamping Properties brings up the Stamping Coverage Attributes dialog that associates a specific dataset to the stamping coverage. It's necessary to also specify whether this surface is defined as elevations (positive up) or depths (positive down). By default, SMS interprets this surface as elevation data. 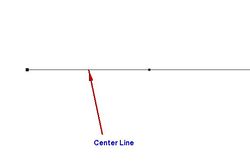 Any arc created in a "Stamping" coverage has attributes to create a stamped feature. For stamping arcs, the direction of the arc is important since attributes are assigned along the arc such as the starting and ending elevations.

To create the stamped feature, right-click on the "Stamping" coverage and select Convert → Stamp Features .... This brings up a dialog that specifies what output should be created from the process. Specifically, the process can create:

The available options on the dialogs used by the Stamping coverage are described below. 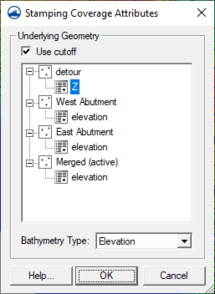 The Stamping Coverage Attributes dialog will appear when creating a new stamping coverage. It can also be reached by right-clicking on the stamping coverage and selecting the Properties command.

When an arc is used to stamp a feature, the elevation of the end nodes and vertices along the arc are used to define the top/bottom of the feature. Cross sections can be defined at each end node and vertex to define the width and shape of the feature at that specific location. 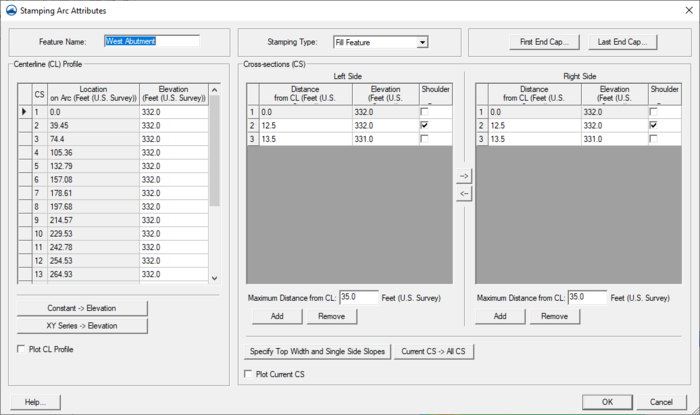 The following attributes can be set: 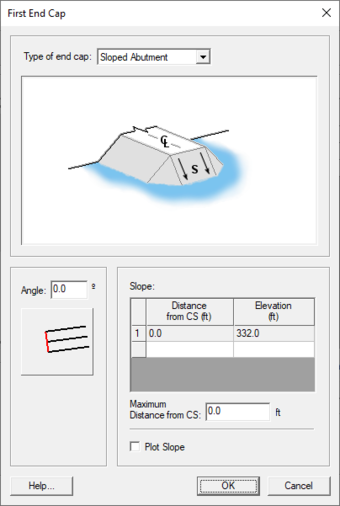 The Left End Cap and Right End Cap dialogs are used to determine how the feature will terminate at the end of the arc. It is not required to define the end caps. These dialogs are reached through the Stamping Arc Attributes dialog. 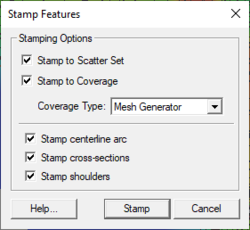 There are a wide variety of stamped features that can be created using this tool. The Feature Stamping tutorial in the general section of the tutorials may be helpful for learning to use them.