While DEMs are simple to use and more commonly available than TIN data, they are more difficult to edit or adjust, primarily because of the number of elevation points that must be changed in order to have a corresponding effect on the drainage characteristics of a watershed. However, there are a few things that can be done, and if kept to a reasonable amount can be powerful in using a DEM for watershed delineation, but remember that data can not be manufactured. If making numerous unexpected edits, then consider acquiring a different elevation source. 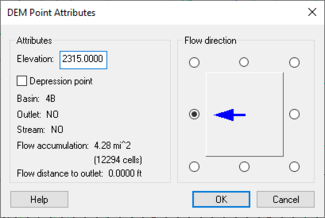 Editing Elevations with a Feature Arc

The Edit Elevations command in the DEM menu is used in conjunction with a selected arc to adjust the elevations of all DEM cells that lie beneath the selected arc. Double-clicking on an arc while in the Terrain Data module will also activate the Edit DEM Elevations dialog. 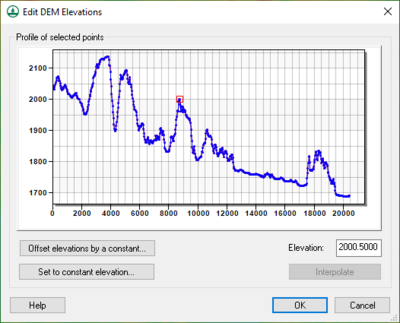 The tools at the top of the dialog can be used to select and edit individual locations along the DEM, zoom, pan, refresh, or re-center. There are three ways to edit the elevations:

Set/Offset all elevations by a given value

It is possible to set all elevations to a constant elevation, or enter an elevation to adjust all selected DEM points up (positive offset) or down (negative offset). 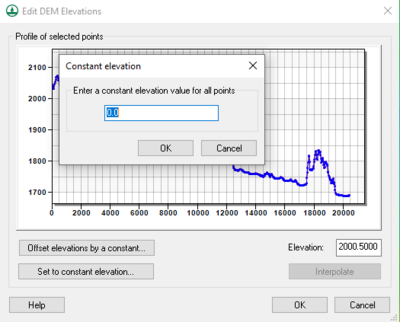 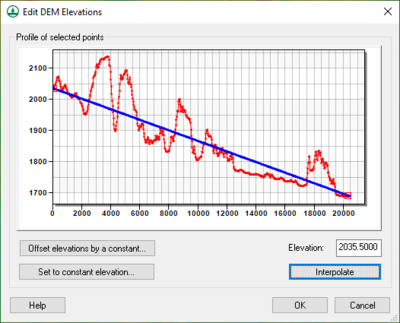