folder in the Project Explorer and selecting Properties. 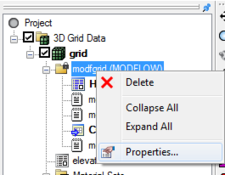 The data in this dialog come from the "*._os", "*._ww", "*._r", and "*._w" files computed by the MODFLOW observation process. The computation from MODFLOW will include any observed flows combined with the observed heads to calculate a single error value. In a transient model, the error value includes all of the observations at the various times. The error shown in this dialog is different from the error found in the Error Summary plot. 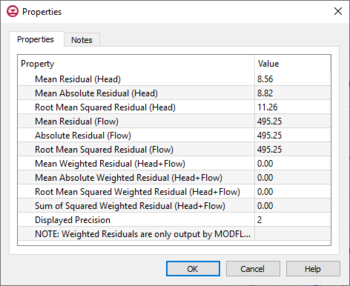 Weighted residuals are only outputted by MODFLOW-2000.